The Lord does wonders for the faithful. (Psalm 4:3)

Our daughter has two pugs that spend some time with us. We had a pug a few years ago before he was put to sleep. I love to watch pugs sleep. One of our pugs, the younger one, has lots of energy and loves to jump and run and play. Our older pug is more laid back.

Our Psalmist this week tells us that one of the wonders that God accomplishes in our lives is to bring us Shalom. This is not just peace but total contentment, relaxation, and rest in the arms of the Lord.

Jesus greets the disciples in this week’s gospel with the word, “Shalom,” or peace be with you. He in fact is asking them and us to relax, rest in his arms and experience wholeness and contentment.

There are times when all of us have trouble sleeping. We may be anxious or excited. The Psalmist says, “In peace I will lie down and sleep; for you alone, O Lord, make me rest secure.”

As the people of God we are invited to place ourselves in Christ’s hands and be in close contact with him so that we might rest secure. This is the gift we receive as the Lord does wonders for the faithful. 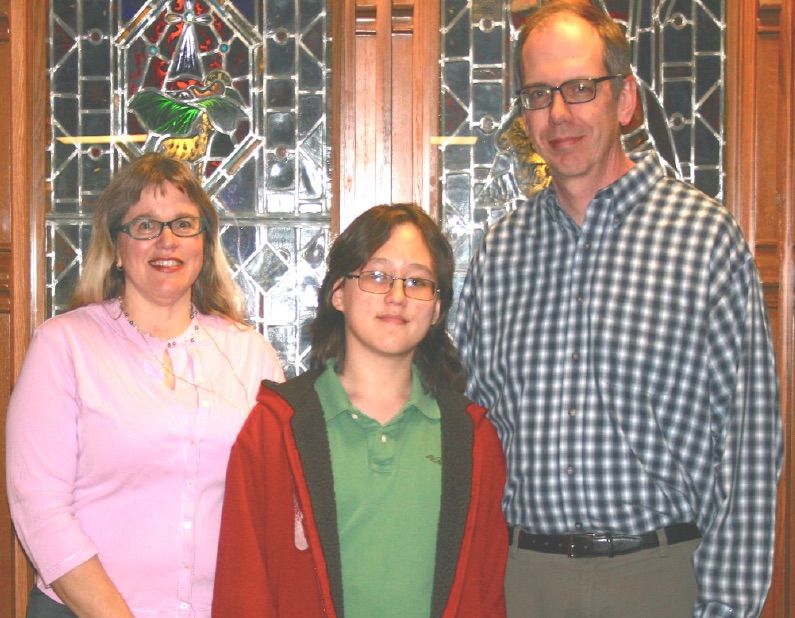 Mark and Barb have been Crystal Lake residents for 15 years. Joseph is in the 7th grade at Hannah Beardsley Middle School. 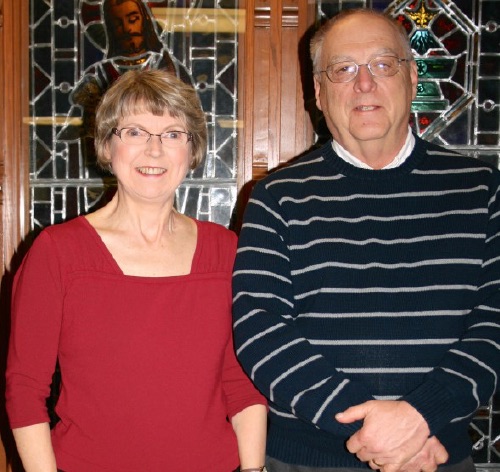 Wayne is originally from Southern Indiana.  Karen was an Army brat whose family settled in the Chicago area when she was 10. They have 1 daughter living in Plainfield, IL. Wayne and Karen have lived in Cary for 14 years. 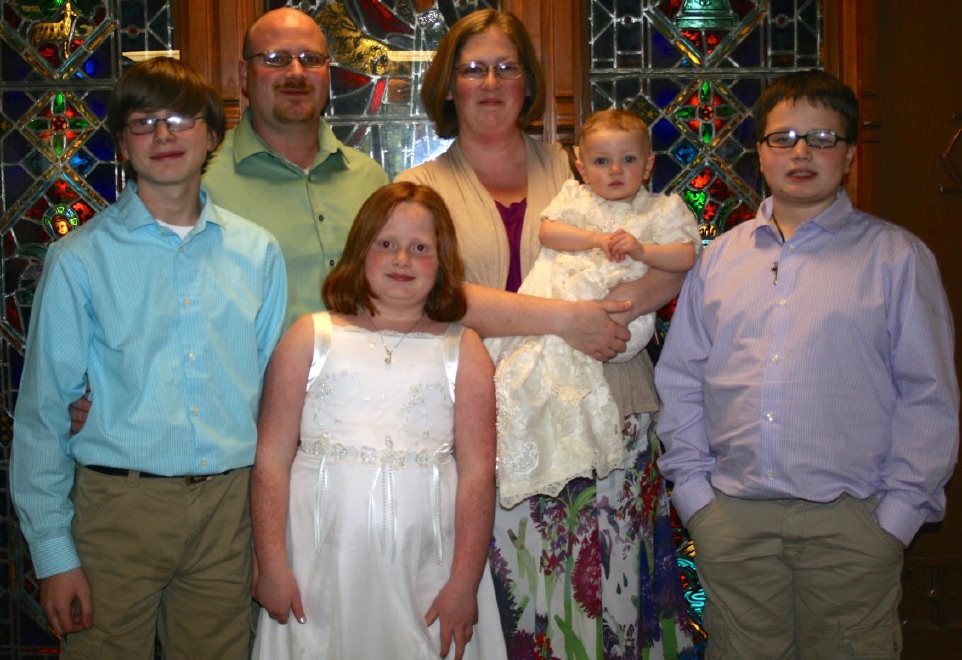 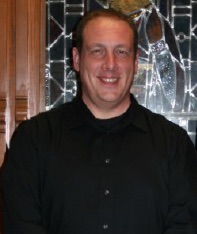 Tony loves to run, spend time with his kids and help others. He’s been with his employer (Sysco Foods) for 15 years. Tony loves his work. 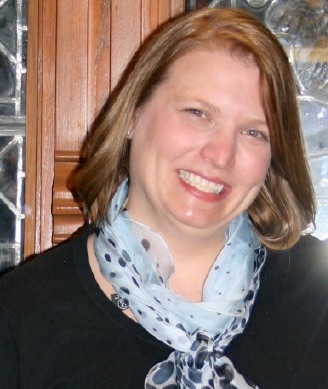 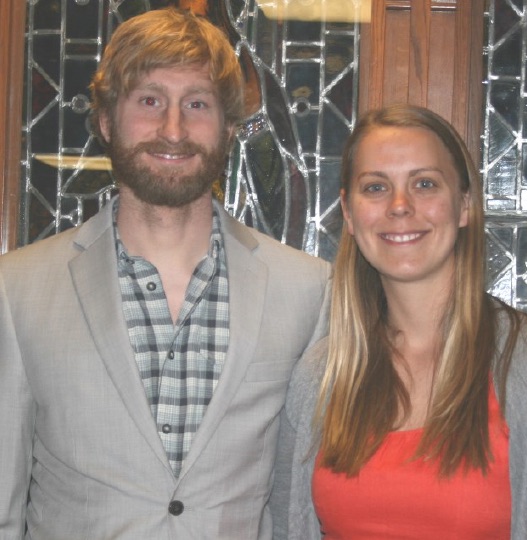 Meg and Eric moved to Crystal Lake in October 2013 from the seacoast of New Hampshire. They enjoy outdoor activities such as rock climbing and camping. Eric is Manager at North Wall Rock Climbing Gym and Meg is a Youth and Family 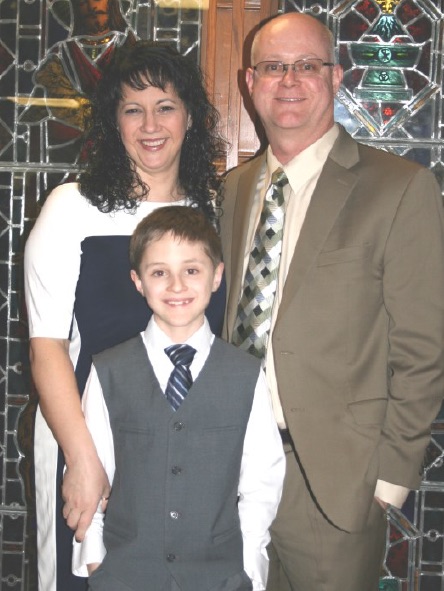 How good and how pleasant it is to live together in unity. (Psalm 133:1)

However, when we do live in unity it is good and pleasant. Disunity brings difficult challenges, hurt feelings, and emotional upheaval. Unity brings harmony, cooperation and a sense of joy. When we are in unity with each other we have the opportunity to accomplish great things all pulling in the same direction.

The seven Sundays of Easter (a week of weeks) demonstrates how the risen Christ brings the disciples together once again in unity (after they all scattered) and prepares them to work together to care for each other, and share this good news of the resurrected Jesus with the world.

It was good (like in creation) and pleasant (like the oil or the dew flowing in abundance) for them to go forth together in unity. We too go forth anticipating the calling of a new pastoral leader, and worship leader and organist; and we do so seeking unity together.

We now know which teams are in the Final Four. We have seen the thrill of victory and the agony of defeat. We will see it again on Monday night when one team will be crowned NCAA Men’s Division 1 Basketball National Champion and one team will go home in disappointment.

This, too, is the theme of Holy Week. We witness the agony and defeat of Jesus as he journey’s to the upper room, Gethsemane, through the trial, to Golgatha to death on the cross, and burial in the tomb. We see the fleeing of the disciples and hear the words “My God, My God why have you forsaken me.”

Yet the ending is the thrill of victory. We go from darkness to light. We go through the waters of Baptism to new life. We join Jesus in his victory over death and the grave. This truly is the day that the LORD has made and we are to rejoice and be glad in it.

This is not the last year of the Final Four, since plans are underway for next year’s Final Four, but Jesus has won the final victory over sin and death. Death no longer has a sting and sorrow ultimately is replaced by rejoicing.

Christ is Risen! He is Risen Indeed! We give praise and thanks to God who gives us this victory through our Lord, Jesus Christ.

Blessed Easter! Jesus has busted all the brackets and won for us the victory.

These familiar words are the one’s quoted by Jesus at the conclusion of Luke’s passion narrative. This is Jesus’ words of final surrender to the will of God and words that conclude his mission to the cross. These are the words that demonstrate Jesus’ ultimate obedience to love God with heart, soul strength and mind, and a giving his life in love for all humanity.

This most holy week we travel from death to life. We sing our Hosanna’s as we enter worship on Passion Sunday/Palm Sunday and then our mood turns to hear the Passion Gospel.

On Thursday we enter the Three Holy Days of Maundy Thursday, Good Friday and the Vigil of Easter. This is one continuous worship spread over three days.

On Maundy Thursday we confess our sins and receive individual absolution. We ritualize Jesus servanthood by washing our hands. Foot washing is sometimes done, but we replace this symbol with the symbol that reflects our culture – our focus on hand washing. Foot washing was an appropriate act of service in Jesus time because the feet would be unclean as they walked the dirt and gravel pathways. The washing of our hands symbolizes our 21st century focus on hygiene, but also underscores our emphasis of God’s Work. Our Hands. Our worship celebrates the new covenant of Jesus body and blood given and shed for us and worship concludes with the stripping of the altar and reminds us of the fleeing disciples and prepares us for the continuation of worship on Good Friday.

On Good Friday we enter in silence to contemplate the sacred mysteries of Christ crucified. We hear the Passion Narrative from John’s gospel; we pray for all peoples including those who do not yet believe in God; we process with the cross and celebrate Christ’s victory over death through his dying. We give the cross adoration and we leave in silence as we move from death to life, darkness to light at the Vigil of Easter.

At the Vigil of Easter we light a new fire and process into the darkened sanctuary. We hear the texts of God’s creation and the ancient texts of God’s deliverance. We celebrate the Sacrament of Baptism and Affirmation of Baptism as we welcome new members into our community o faith. We sing the first Alleluias of Easter and hear the story of Christ’s resurrection. We celebrate the first communion of Easter and prepare for the Easter Celebration. We celebrate with our new brothers and sisters in Christ as we end our Lenten fast in Luther Hall.

Please join us for this journey through this most Holy Week. Your faith will be strengthened as you walk with Jesus and as we pray with Jesus “Into your hands, O LORD, I commend my spirit.”